As many of you may know, I do all of my composition electronically using my sutdio software, headphones and a keyboard. Although I have used a few tools as I have progressed  along the way, I found that Apple’s Logic Studio was the easiest to learn for a newcomer to the world of DAWs (Digital Audio Workstations) and for the cost versus functionality ratio, I really cannot get much better than it. I have heard the arguments about Cubase is better and ProTools is better and so on but when it came to my production, I found Cubase to be far too detailed for a newcomer and ProTools was too expensive (basic editions starting at $400) for me to use. Furthermore, I previously studied under David Campos and his tool of choice is Apple Logic Studio so that’s what I chose as my system.

I will post a new picture of my updated studio rig as soon as I have a pic to post but I will give you some specs for now: 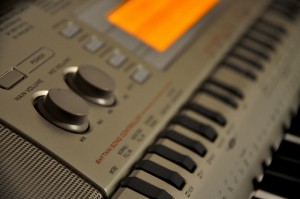 I also have a  Casio WK-200 keyboard which was a present from my amazing wife who teamed up with all my friends to buy this for my birthday a few years ago, God I am so blessed! That keyboard can not only control any MIDI sequence I create on here but I can even record it like a regular instrument if I like the sound better than an instrument in Logic. My main workhorse, however, is my iMac which was a new edition this year. Originally, my MacBook Pro was sufficient for my needs but when Logic Pro X was released, my old MacBook wasn’t strong enough to run it. Previously it would take me about 10 minutes to bounce a completed song and my new iMac does this in about 8 seconds.  I keep my Sony HD headphones for producing music when everyone else is asleep but I also added two KRK Rokkit monitors connected to my Lexicon Alpha. Beyond that, you won’t see much else but the basics… my keyboard is there and my trusty trackball are still part of the mix. 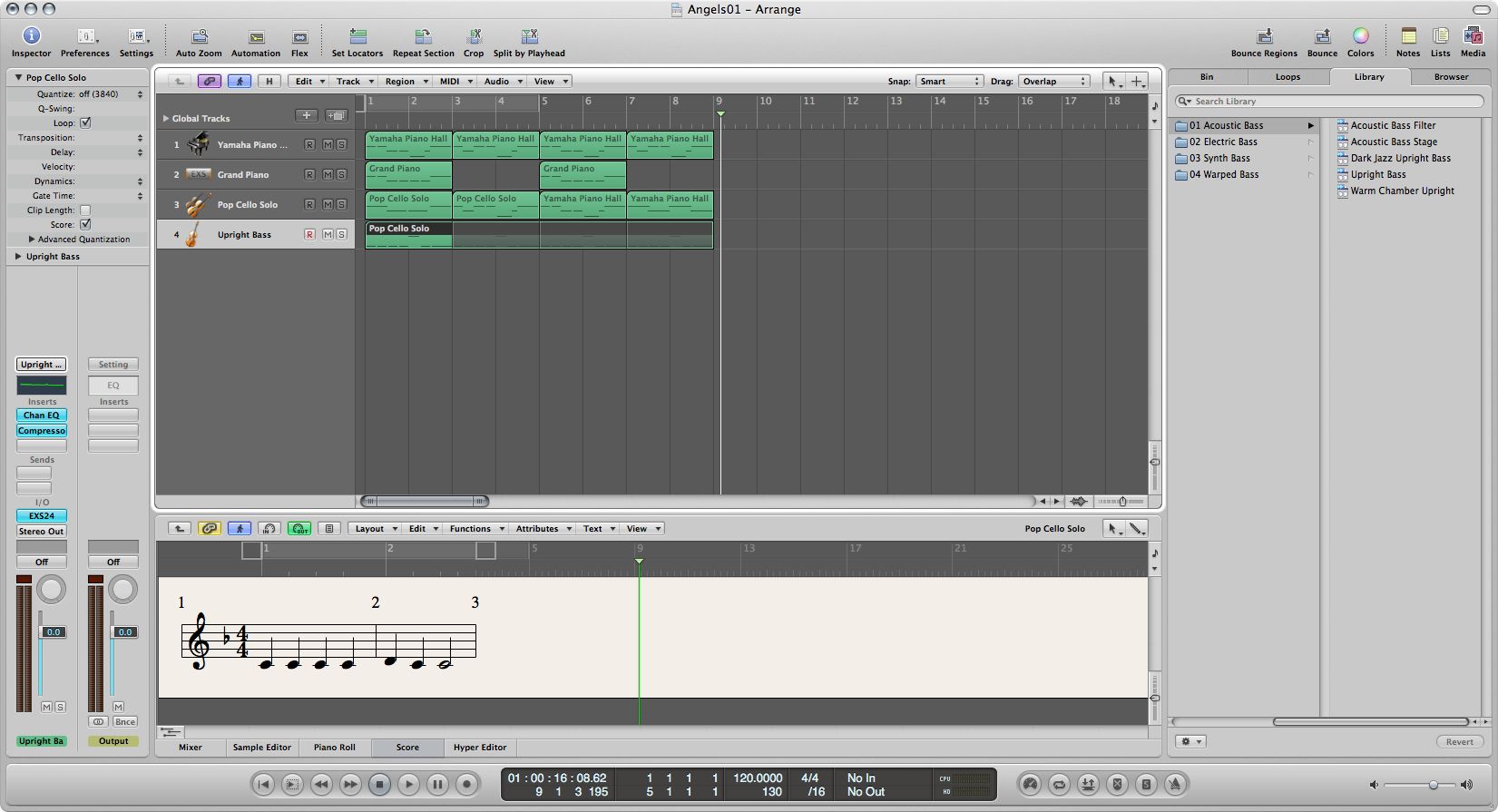 This screenshot was from back when I used Logic Pro Express but with Apple making Logic Pro X available for only $200, I bought that first thing with my new iMac. Here we have an example of some of the basic things I can do to make music. This screen capture is a look inside my Logic Express DAW which means this is exactly what I look at during most of my time working in the software. For more information about using software like this, I encourage you to go read up on David Campos’ guide to music production: Electronic Music Production.

Maybe you liked this or maybe it bored you to tears, but every good musician talks about his equipment and I am no different. I use this software and God’s gift to me of creativity to turn moments of inspiration into songs for the world to hear.