If you are already this deep into my site, then you probably know that although I am mostly an electronic artist, I also write music on guitar and create lyrics for a few songs. That being said, I always see artists who are talking about the gear they use to get their signature sound. Granted, a large portion of this stuff is just an endorsement for whoever sponsors the artist’s equipment needs but sometimes they are actually telling you what they like to use. Although I am not what you would call a ‘gear head’, I do have a few pieces of equipmet that I am quite partial to. 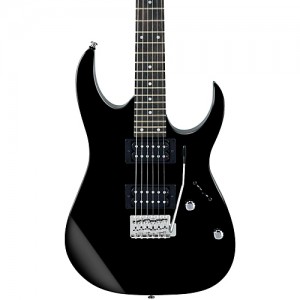 My primary guitar is an Ibanez GI0 guitar with humbuckers that I purchased about 3 years ago. Throughout my life, I have owned several guitars including the old Teisco Del Rey that I mentioned in my influences section but I usually stick with Ibanez. I have actually owned a beautiful 12-string Fender acoustic at one time that I thought was an amazing instrument but I could rarely devote enough time to playing it back in those days. If I am just trying to pick out a guitar riff or structure a song, I find that I enjoy the mellow sound of a blue Johnson acoustic guitar that my sister gave me many years ago when she no longer needed it for school. I love the guitar and have used it for writing and practicing for well over a decade.

Once you get past the guitar, I use a Crate amp with built in Overdrive. This amp is only about 150W but it is MEAN and LOUD. I played on several amps in my life time but if I ever bought an amp, I would go with Crate every time. Sure, a large part of that is because they are relatively cheap but they aren’t shoddy. 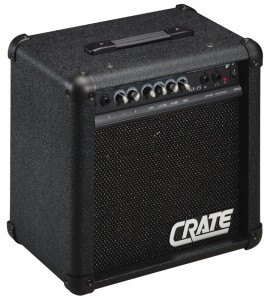 I also am a huge fan of pedals. It always seemed like I could do more things when I had lots of interesting pedals to test and play with. I can’t count the number of pedals I have used in my time but I have owned several various distortion pedals, a wah pedal, and various others. My current collection is exclusively BOSS pedals that I purchased about 8 years ago. I have a BOSS overdrive pedal that I usually use for my distorted works. I use a BOSS Super Chorus to give my songs that extra fullness when the mood suits me. And my favorite pedal for experimentation is my BOSS Phase Shifter – that pedal is really customizable and gives me deep rolling sounds on some stuff and heavy psychedelic tremolo when I want that and of course, everything in between. I have owned and experimented with several different pedals including the fancy multi-tap pedals with millions of banks of sounds but none of them really seemed useful outside of the distortion, chorus, and shifter. I may eventually buy more pedals but GarageBand/Logic now provides me with a host of pedals that I could never afford separately.

Last but not least, I purchased a Lexicon Alpha that was created by HarmonKardon as a way for me to record on to my computer and found it to be an amazingly useful device. It is basically a USB audio device that I can route my guitar sound into as it comes from the amp (pedals or not) and it will quickly convert the sound into digital audio that I can drop right in to my studio software. It has the capability to hook up at least two instruments or one instrument and a mic and I usually will route both myself and my friends that I jam with into it.

As I outlined in the section about my studio, I do have a small home studio that I have created on a second desk in my home office. It is nothing too fancy but it does the job.

My primary system is my higher end iMac and Logic Pro X. I continue to make all of my music in Logic Pro X even though I sometimes need other tools to help with certain sounds or with creating videos. I have a Behringer Xenyx 802, 4 channel mixer that I use for bringing in audio from my guitars or through vocals. The feed from the Behringer goes into my Lexicon Alpha to allow me to feed the audio directly into my studio as needed. My Lexicon has two Rokit Near-field monitors on stands that let me hear the sounds both in and out of the studio DAW. My Lexicon is fed to my iMac via a USB connection and is set as the primary audio input and output on anything the iMac produces. From time to time, I hook in my Korg NanoKey to do simple test sounds and melodies but I mostly use it when travelling since the Casio keyboard (discussed below) is quite large and does everything the NanoKey can do and then some.

The next important piece to my studio is my Casio WK200 keyboard. This is a full 76-key keyboard that my dear wife got me as a present for my 29th birthday party. It features an extensive list of prebuilt drumbeats and tones and can be hooked up via USB to my iMac (as it usually is). I also really like the fact that it comes with a large bank of pre-programmed songs with everything from Pachabel’s Canon to Frosty the Snowman. Sometimes, I will just turn on a song that I have never heard or haven’t listed to lately and listen to it. My keyboard also allows me to manually control any instrument that Logic has to offer and that is a feature I have often used to play sections of a song.

That about covers all the gear that I use. Not a really extensive list but at least I listed them.